So I ordered new “Z” emblem floor mats for my ’92 Nissan 300ZX. The ones that were sold to me with the car were cheap generic rubber floor mats, and there can’t be any of that in a car that is nearly a classic. To the best of my knowledge, the 300ZX came with mats that said “300ZX” up until ’92 when Nissan switched to the “Z” emblem. They look pretty sleek, especially compared to the old mats, and really round out the interior. 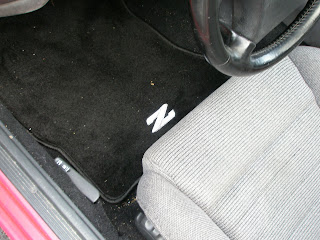 I also bought a new shift knob. The old one’s leather was wearing off and that’s something that also needs to be fixed. The stock shifters had black stitching, and this one has red, which I think is a nice touch. I think that the JDM 300ZX had red-stitched shifters but I’m not sure. Any way, it looks pretty good. 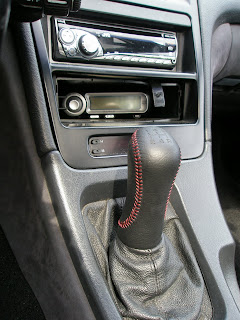 This picture shows how badly I need to pull out the 10-CD changer that some idiot did a very poor job of installing. The plan is to get some black plastic to cover that panel in the dash and have a friend of mine engrave “300ZX” on it. 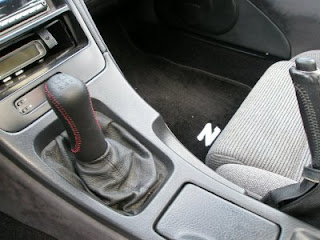 This was just a good picture, showing the new shifter and the new passenger side floor mat.

I also finished Sue’s trunk liner a while back and only just now got around to putting pictures up. It’s gotten a good bit of use since I installed it, and with all the stuff sliding around on it, it seems that I’ll be carpeting it soon. 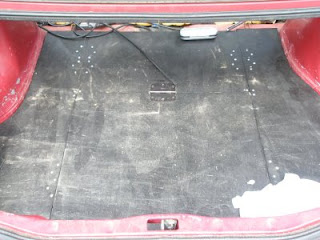 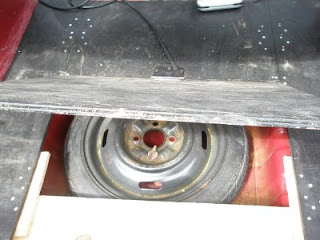