Skip to content
No, not this one. The Art of Manliness gave me this idea:

Instead of any of those ideas, however, I decided to build a voltage regulator inside one of the smaller tins, so I could charge my phone (a Motorola Droid 2) or any other device that can charge from USB, from a car, without having to spend money on a car charger (the one Verizon sells “specifically for the Droid” is $25). 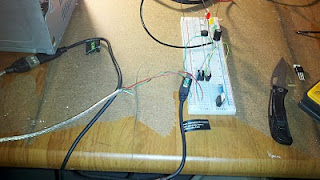 I started out with the classic breadboard, to make sure that the voltage regulator would actually power the phone. I bought three from Radioshack at $1 each, with the idea that I would have less problems with heat dissipation if I could somehow parallel the outputs of the regulators. Short answer: in a parallel configuration, regulators will sort of try to regulate each other, and when I came back after five minutes the voltage had dropped from 5.1V to 2.5V and I had almost let the blue smoke out of all of them. So I just went with a single regulator. It is rated for 1.5A continuous output and has built-in thermal protection so I decided I was safe. 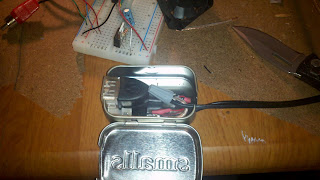 Once the prototyping was complete, I cut a hole in each side of the Altoids tin and started soldering everything together. The KEY lesson is here: in order for a USB port that is NOT connected to a computer to charge a device, the data pins of the device must be shorted. I learned this after a lot of fussing, but just ended up soldering the green and white wire together and protecting them with a piece of electrical tape and heat shrink.
Once all the other connections were made (+12V to input, output to red wire on USB port, with the grounds for the regulator, input, and output tied together at the wire nut) I soldered the regulator’s heat sink to the tin itself, thinking this would help with heat dissipation. So far this has worked out well but the tin has a tendency to get rather warm when the device is operating. Then I covered most everything in Gorilla super glue. And the finished product… 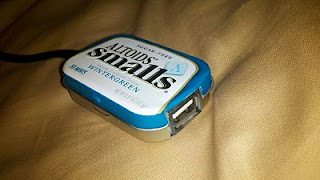 It works pretty well charging my Droid and my roommate’s iPhone. Any way, here’s an awesome picture, just for fun: 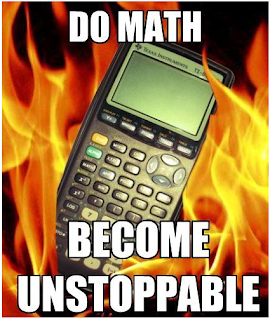