So the first thing I’ll be doing to my old Sentra (on this blog, any way) is building a custom trunk liner. Here’s a picture of the trunk, which reminds me that I need a new scissor jack and tire iron. 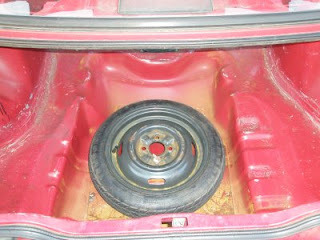 The old liner was made out of cardboard and more or less disintegrated over the course of the past twenty years. To top that off, a few weeks ago I was at a friend’s house working on Sue with the trunk liner out, and someone thought it was garbage and ran over it with their jeep. Can’t really blame them, though. 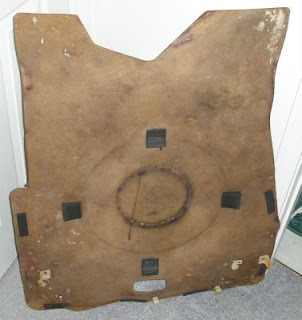 I made some measurements and bought some 3/4” plywood and cut it into four separate pieces. They fit down nicely and line the whole trunk, as opposed to the old one which only covered the spare tire bay. There’ll be a hinged part in the middle so I can get the spare tire out if need be. (I’ve blown three tires since I was 16 and started driving this car. The wheels are so old they don’t hold the air in the tires very well any more, and if I don’t stay on top of it the pressure gets real low.) 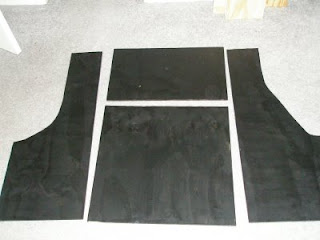 Any way, I realized after starting the project that I won’t be able to put it all together and then put it in the trunk, so I’ll be doing some manual screw driving with my back end hanging out of the car. But that just adds to the excitement!

I’ll finish this project up soon.