Back on the east coast a tornado was pretty rare. There was one water spout outside Sullivan’s Island when I was living there, and I worked a 22-hour shift in Beaufort repairing tornado damage to power lines once, but in Tennessee there’s a tornado within 50 miles of me probably once a week. On a related note, I have a radio scanner which doubles as a weather radio! I used to have it in Sue, and I’d listen to the Clemson police arrest streakers running across Death Valley and bust underage drinkers. That’s about all they ever did I think. 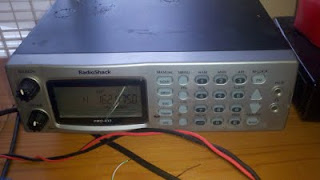 The only problem is I either lost the power cable for it, or used it for something else. But! This was the perfect excuse to build a 120VAC to 12VDC rectifier. Actually, kind of a boring and common job. But! One thing I will note is my use of LM7812C voltage regulator instead of a zener diode. I figure it’s better at regulating to 12 volts than one teeny diode is. The other thing is that I’m pretty sure it’s more able to dissipate its waste heat. Which is why I attached a cheap heat sink to it. Its thermal conductivity with air lowers the chip from 65 degrees C per watt to about 25. Which is OK, because the regulator only handles a small amount of power normally. 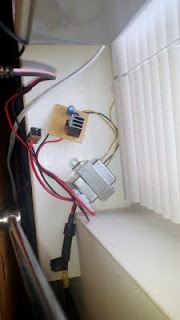 I’ve had it on non-stop in weather alert monitor mode for about three weeks now, with no problems.